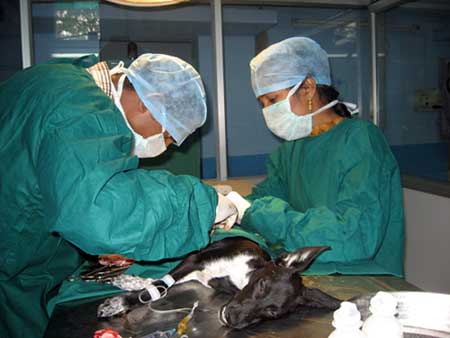 We provide Rapid Emergency Services 24 hours a day, 7 days a week. If an animal is injured in the middle of the night, we will pick it up and bring it to the clinic. Our doctors are on call 24 hours a day, and will be waiting at the clinic when the animal is brought in. 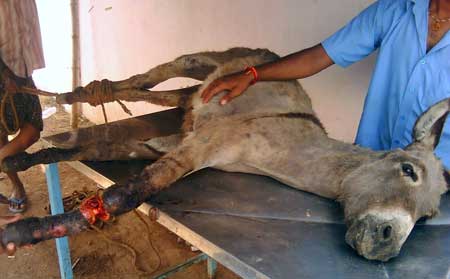 Vishwa to the Rescue. Again.

We got a call about a dog who had fallen into a deep borehole well. Impossible to get out, it had been crying for hours. As you can see the task was difficult and dangerous. But nothing stops our beloved Vishwa from getting his dog as you are about to see. 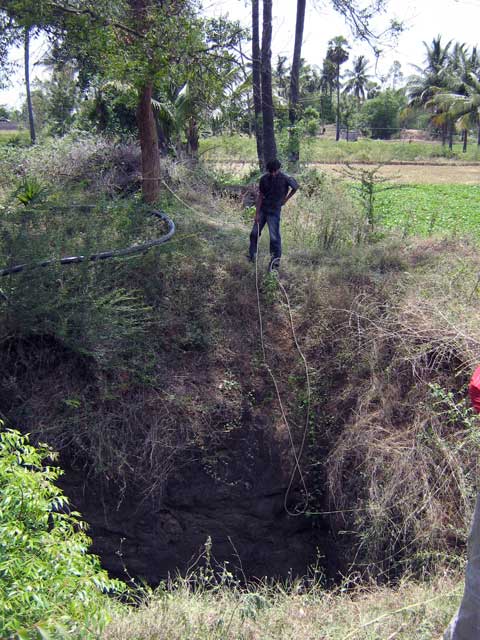 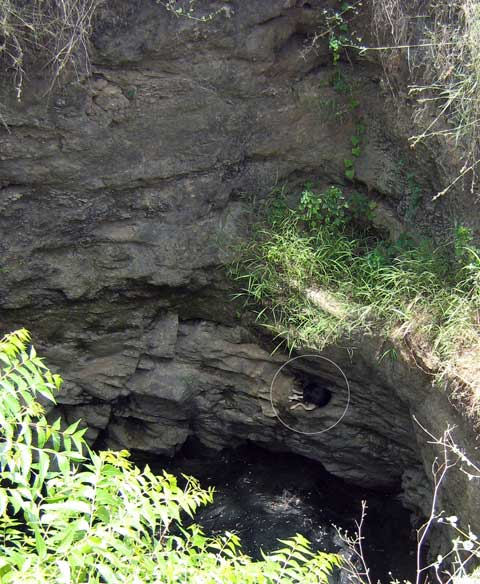 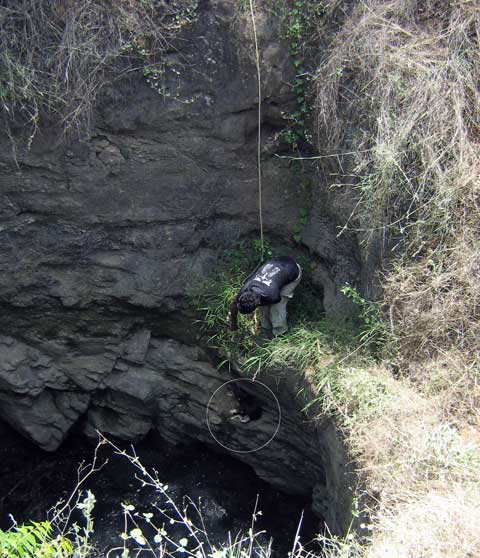 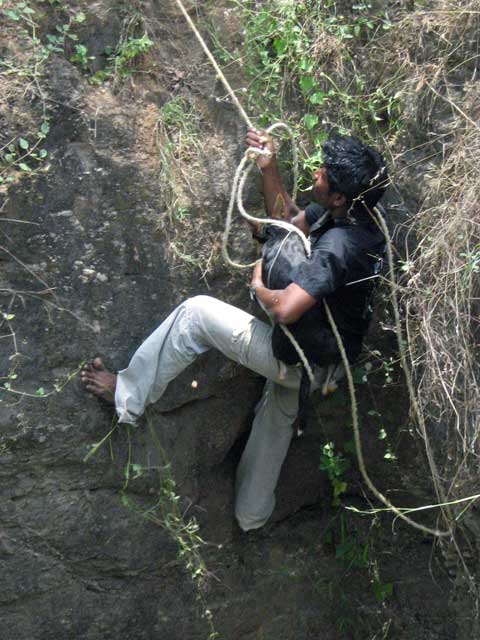 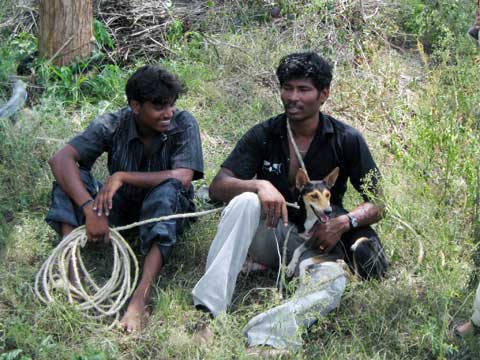 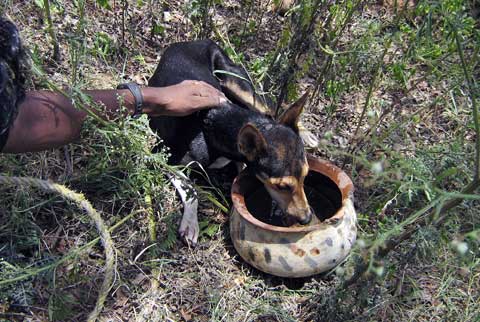 Our clinic was originally intended to treat homeless dogs only. Many are brought in having been hit by vehicles, beaten, and/or with a variety of serious illnesses. Surprisingly, though, there has been an unanticipated high number of "owner dogs" brought in for treatment. More than any other shelter we know. 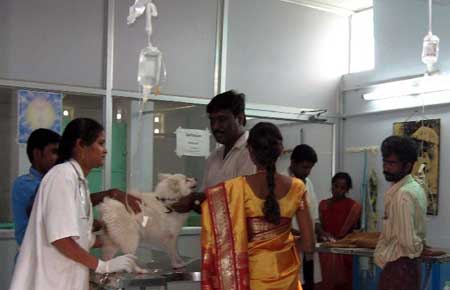 Before we opened there were no small animal specialists within 75 km's of Tiruvannamalai. As the reputation of the Shelter has grown, more and more "owner dogs" are being brought in for treatment. Regularly we get people from as far away as 100 kilometers. This is in addition to the ABC Sterilization activity.

We usually have between 150 to 250 puppies and adult dogs brought to the clinic each month. A number are brought in for treatment more than once. The number of so-called "visits" (If one dog were brought in three times, it would be counted as three "visits") vary between 200 and 350 each month. At the end of May 2013 we had treated over 3600 "owner dogs".

We will treat any small animal in need. There is a government veterinary hospital that treats larger animals but when situations arise where a large animal needs care and we are the only ones that can provide that care we will, of course, treat the suffering animal.

Almost all services are provided free of cost. However people with owner dogs are asked to pay a small amount, but are given free care if that is difficult for them. There is no charge for homeless dogs or wild animals. And we provide free medical treatment (and family planning) for life for dogs or puppies adopted from the Shelter to encourage their adoption.

We provide full hospital care as required. Anything from an overnight stay to creatures requiring or needing care for months. If a case requires intensive, focused care for an extended period, we have an isolation intensive care ward in which it can be given.

For those that require care for very long periods or for life, we provide it in a setting where the patient is not isolated but together with other creatures. In particular we have a large veranda where there are a lot of puppies playing. It's also close to a lot of human activity ... doctors, staff, visitors.

This interaction with both animals (especially snuggling puppies) and loving humans is immensely important in the healing process. 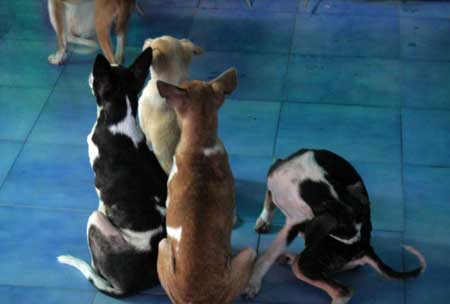 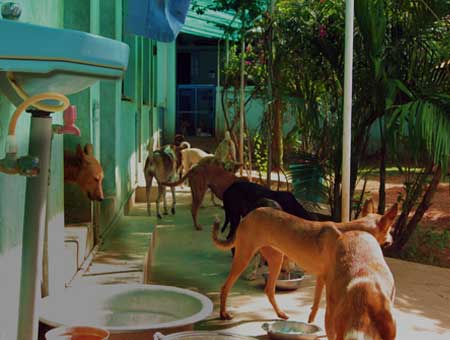