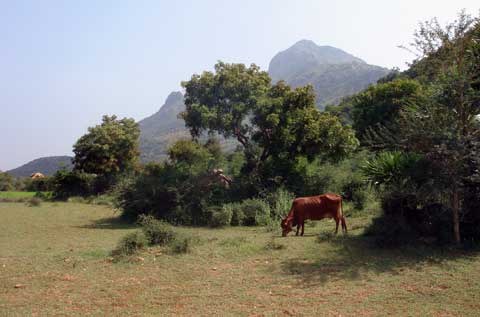 Our activities have deepened and expanded and we need more space. That could prove quite costly depending on land and building prices. We're probably talking about $100,000US to $200,000US.

We would like to purchase a vehicle to serve as a mobile clinic. We could help animals on the street - and in the villages. And possibly treat larger animals that can't be transported. About 650,000 rupees. ($12,500US).

We need help to keep everything going. Though everything is much cheaper in India, our estimated monthly running costs are around 400,000 rupees. There is so much to do ... and as our activities expand the expenses will increase. That's not even mentioning inflation, which has been substantial in India. Our expenses have almost doubled in the three year period 2010-2012.

So our greatest need, to keep offering our services, is for ongoing donations that come in automatically ... month after month.

Several nearby municipalities have approached us to give them help with their own ABC Sterilization and Anti-rabies Programs. One municipality would catch the dogs and transport them to us for sterilization. Another wanted us to do the catching, transportation, all of it.

This is a time of change in India. We are convinced there's a possibility of raising national awareness by example. And that we should engage in activities that accomplish that. We feel we should establish relationships with journalists and political figures that are open to the many insights we've been given in our work here.

It's difficult being an animal in India. Work animals are often worked too hard - donkeys and bullocks carrying excessively heavy loads, for example. Yes, there are laws protecting them but often not enforced and often the penalties are not severe enough. Animals are often jammed into trucks and taken to illegal slaughter houses. Sick or wounded animals often do not receive any treatment at all. Indeed, there are many, many issues.

Concerning the cruelty and neglect of animals on the street, our belief is that there is so much suffering that it engenders a feeling of hopelessness and helplessness in one who sees it again and again. This has caused Indians to not feel it - to block it from their awareness.

But in truth, we believe that the Indians are no different than anyone else. As a matter of fact, they may even be more sensitive and compassionate. Most - whether they like, dislike or are indifferent to animals - do not like to see this kind of suffering.