What would an NGO holiday message be without an appeal for funds? 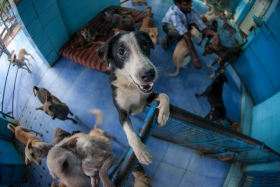 Well Dear Ones. I’m at the computer, clearly…And in my house listening to chants…I personally believe in a Supreme Being. For those of you who don’t, I think you’d still like these chants.

It’s a little scary what’s happening on our beloved Planet. It’s almost a classical play between the forces of Darkness and the forces of Light.

To me, can’t do much on a mega basis…But I’m remembering…It was a long time ago…It was Ram Das, the former Richard Alpert. He had just returned to the US from India to write a book that he was told to write by his Guru, Neem Karoli Baba.  The book that eventually came into being was named “Be Here Now”. Incredibly, it became an international best seller. And it profoundly impacted many of my generation(those born between 1865 and 1871—just kidding). The book is still in print and has sold over two million copies.

Anyway, a young man who was working for me took me to a talk by Ram Das. The year was 1970. It was at the concert hall of the University of Michigan in Ann Arbor. I had never, never attended anything like it. I just went because this young man was so enthusiastic.

Ram Das came out on the stage. White attire. Beard. Longish hair. Beaded necklace. (I mean he had been a distinguished Harvard professor, and this was his new incarnation). He spoke. Then we chanted (first time in my life). I really wasn’t into it...”Om Mane Padme Hung”.

Then Ram Das opened the floor to questions. The U of M was a pretty radical campus. It was during the time of the Vietnam war. And one earnest young man. Clearly an activist. Stood up and fiercely said, “What the hell are you doing up there…White clothes. Beads. And chanting. While we’re bombing the hell out of Vietnam and killing tens of thousands of people. Why aren’t you doing something?”

Ram Das’s answer to this young man changed my life. Not at first, but it descended in me like a time bomb in the weeks that followed.

He said that he believed that the most you could do for another Being was to uplift your own inner self.

I had three wonderful children whom I loved dearly. And I wanted to give them the world. I wanted them to be happy. To have full lives. I wasn’t much different than many, many other parents. And I was struggling to do that. I was in a profession, and had a job which didn’t satisfy any of the deep needs in me. I was struggling with so many things inside, and out. The truth was that I was deeply unhappy. I felt that many around me were in the same circumstances. And I thought, what could I possibly give my children if I were so unhappy?

Then I thought to myself that if I could find a way, a real way, to a special connection in life that filled my Heart. That connected me inside so that I were deeply happy and alive, inside. Then I could share that with my beloved children. And I felt that was the greatest gift I could possibly give them.

So that freed me from staying in the life I was in, with the restraints it imposed. A life in which I believed that most around me were in the same struggle. And thus, my search began.

Somewhere on this journey I came to believe that nothing outside your own self could fill you. That it wasn’t a journey to somewhere else, that it was a journey back to one's own Heart. That you could do many, many things in life, but they aren’t what would fill you. That it was the connection with your own Heart. I came to see that this was the communion one craved. And that on this journey you shared a life with Dear Ones. But each, without exception, had to connect with their own Heart to be full.

The import of uplifting your own inner state…Is that you have a more positive affect on everyone you meet…And thru interconnectedness, that spreads out to others with whom they have contact. And on and on. It’s very, very powerful.

So…Dear People…My holiday message was to share something that was so important to me…And to share with you, my beliefs.

May all of us…All of us without exception…Be blessed with more compassionate understanding…May all of us be guided to just Help…May our beloved, hurting Planet be healed…Please, whatever Powers exist…Whatever is Real…Help us down here…Help us All…

We’re struggling here…By “we” I mean the Shelter…Us working for it…We are facing, at times, incredible corruption…Incredible indifference…Incredible greed and selfishness…This is the karma we are moving against for the beloved Voiceless Ones…We are making strong strides…You can see it as you walk around…Things really are lifting for them…We are burning thru these forces that make it so difficult for them.

I’ve decided to send out a separate email in a day or two.