This poor guy was attacked by five dogs

His owner wasn’t home. He was outside. Bothering no one. And a passing group of five dogs started a fight and beat him up. Fortunately, nearby neighbors stopped the fight before any serious damage was done. One of them brought him to the clinic. He was young. Maybe a year old.

The reason I’m interested in you seeing this case is that we have four photos that show the incredible gentleness of our beloved Dr. Raja and how trustingly the poor guy surrenders to his care. ( We don’t have a video, but he got a pain killer.anti-biotic injections, and anti-rabies vaccine. It’s truly amazing how the creatures don’t even feel the injections given by Dr. Raja)

The fifth photo simply shows the number of wounds. 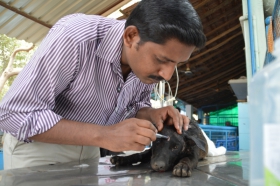 Okay babe...Let's get you patched up. 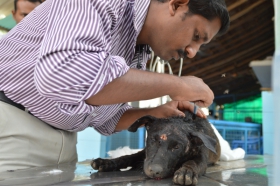 Let's get this one. 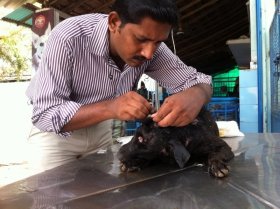 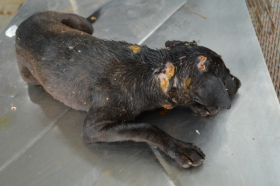 You will be okay now, Sweetie Pie.

You were a good boy little guy...And you were very brave...We’re always here for you...Om Namah Shivaya. 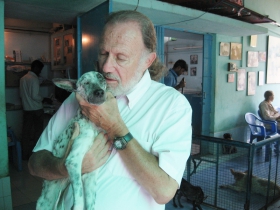 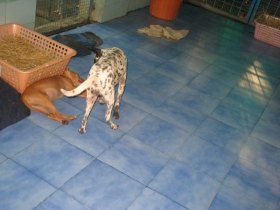 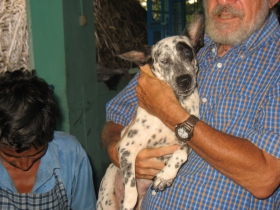