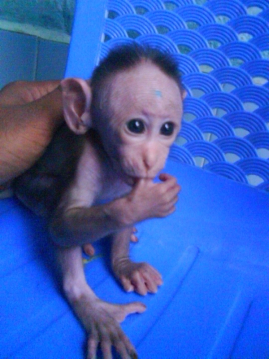 I do feel better now but who are all these 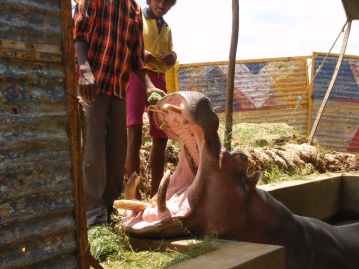 This poor, poor guy,17 yrs old, was kept in captivity in

small tanks for years. isolated from his own species.

They used him in a traveling circus. We were the

“field operatives” for some Chennai activists. It went

to Court. Then, thank God, FREEDOM! 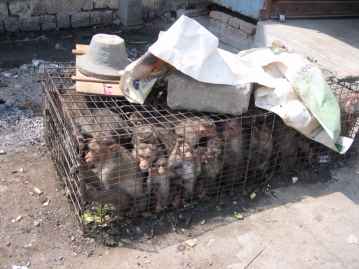 and relocating them. It was awful. Poor, poor, poor

Veranda. A gathering of our guys. 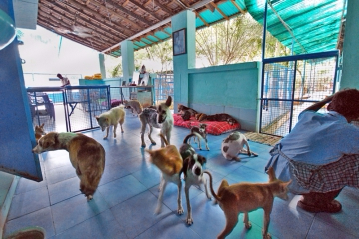 Dogs aren't like us. The disabled ones don't think, “Oh my,

I’m not like the others". They, too, play, wrestle, rest in repose…

and fight, just like the others. And they, too, are happy…

Love is the most powerful. 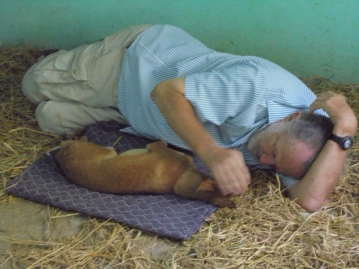 This sweetheart was a post-distemper case. A

compassionate soul brought her in from the streets.

This really helped. She started eating. And lived!

She needs us. We need you. 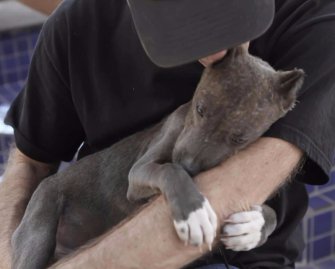 Love is by far, the very best medicine.

Finding good homes for our pups is a top priority. 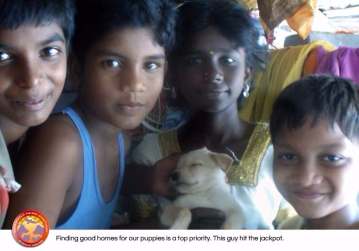 This guy hit the jackpot.

They simply love him. 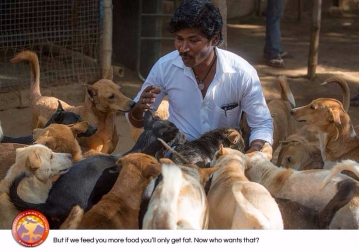 Our beloved Vishwa with the Voiceless Ones

Satya arrived at our Shelter with over 200 maggots. 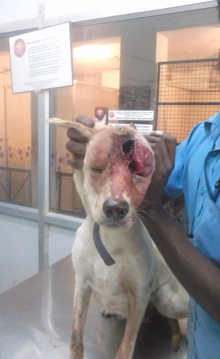 She was in heavy pain. Abandoned,

lost everything she had ever known.

Fully depleted, Dr.Raja could see she 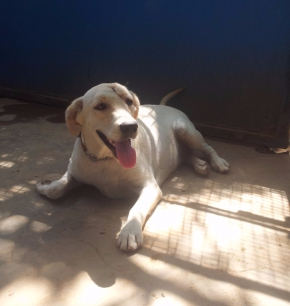 The worst was the awful maggot infested

wound. She would have died a horrible death

within a week. It took a month to bring her

back. Then, she was adopted by a family who