Thank you, thank you. 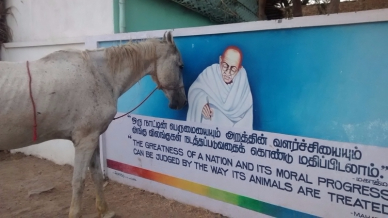 Mahatma Gandhi said,"The greatness of a nation and its moral progress can be judged by the way its animals are treated". 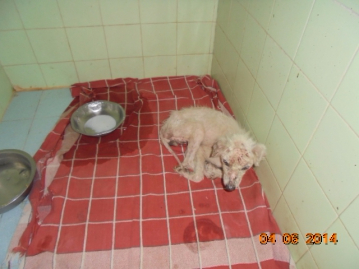 11pm...Leslie saw her slinking along a wall in town.

Frightened. Not much larger than a rat. Filthy. Hair

matted down. Vishwa had to run her down to catch her.

Inside, she was emotionally dead.

Leela--Welcome back to life, dear Little One. 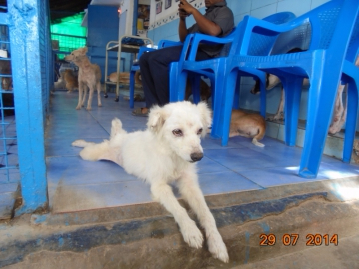 It took a month and it's so uplifting to behold. She's very happy. Adores supervisor Raja. He loves her back. Calls her his daughter.

You're in safe hands Little Girl. 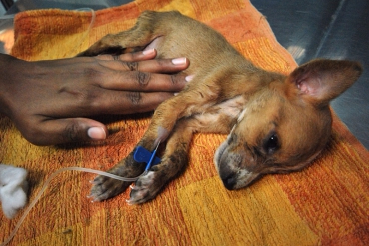 Reassurance and love really helps as the Voiceless Ones are

Dr.Raja,Leslie,and Vishwa, warriors of the Heart. 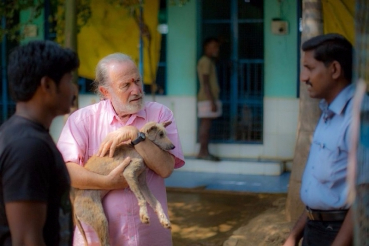 Searching for the best path.

Well rescue...The poor guy had given up hope. 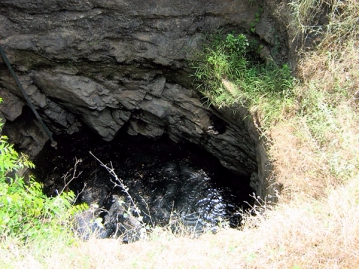 This wonderful creature stopped howling for help a day ago. He doesn't yet know that Vishwa is coming down for him.

Vishwa, The Martian, goes for him. 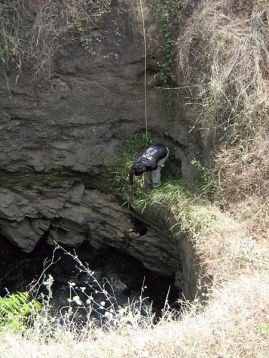 He had fallen or been pushed into this deep borehole well. And he was there for days since no one dared go down. Except, of course, our hero, Vishwa...See the next two photos.

Towards safety and freedom. 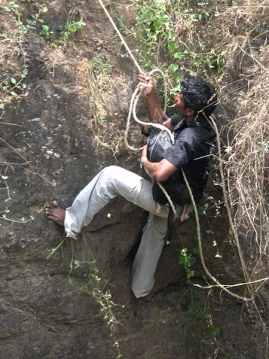 Vishwa gets his dog. He never fails. We've seen him chase down suffering dogs for miles for hours. Until they collapse. Then he gets them. It's a real experience to see him in action. 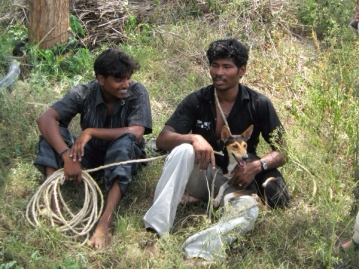 One good drink before Freedom. 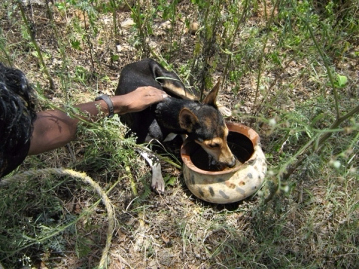